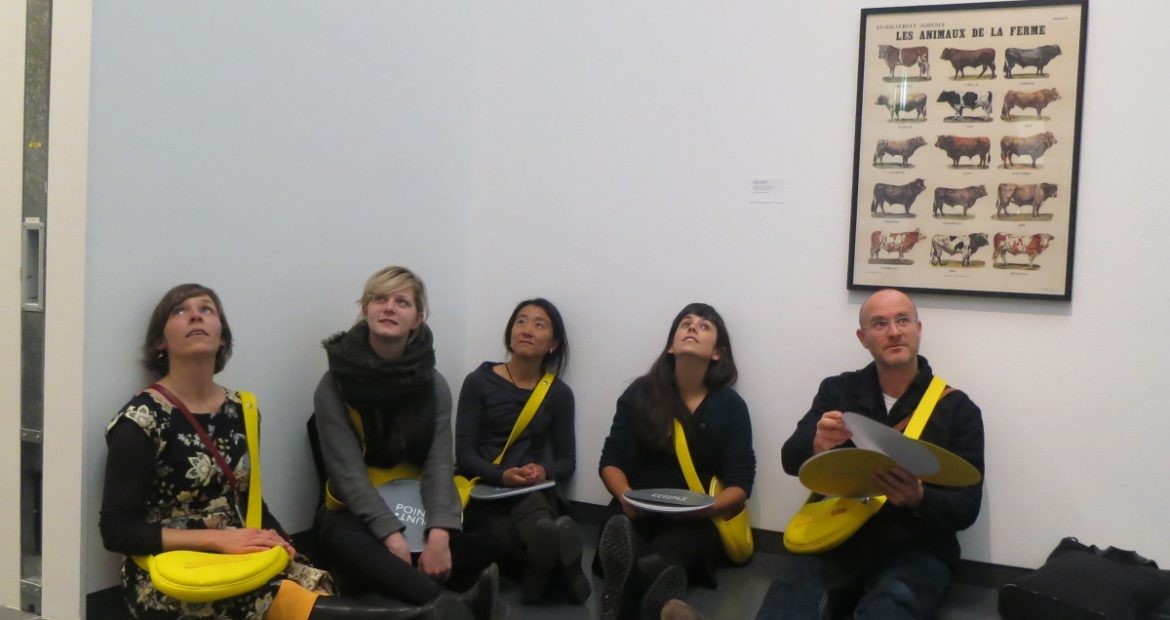 The Politics of Collaboration European Currents

I was drawn to attending as my projects have always been collaborative within dance across genres of architecture with Punt.Point and visual arts and urban design with BEING PEDESTRIAN.  I was particularly interested in how the event would make connections between collaboration and, as stated, “current European dynamics”. Below I will highlight a few key points made that I took with me and thoughts on how such meetings might engage strategies of collaboration that intervene in the expected format of conferences, symposia and meetings.

Some key points for me include the opening welcome mention of the “soft side” of collaboration, the places where we negotiate relations and future prospects of our collaborative experiments. Rudi’s talk Collaboration’s Liminality: Promises and Pitfalls of ‘the Collaboratory” enlightened my thinking around current interests in utopian ideals around collaboration and non-hierarchical structures by stating that collaboration cannot, today, have the same approach or success in our neoliberal economies that value liquidation and flexible articulation then they did in the 1960s/early 1970s, a period we often look to for models of collaboration. He spoke about co-laboring and potentiality in the push to make something in a collaboration. The provocation for collaboration to experiment with new forms of governing and self governance and to embrace that we do not know what we are capable of both point, for me, to a future wherein we move beyond usual modes of being together, of expectation and limitations in collaboration as we know it today. What then, might future collaborations look like? Although I missed Bojana’s talk Radicalizing a condition into a practice: Transidiviuality she may have some suggestions. I have read her article In States of Transindivuality (published in STATE STATE STATE ed. Ingri Migdal Fiksdal and Jonas Corell Petersen, Oslo: Samizdat, 2016) where she refers to a more current thinking and another understanding of collectivity. She claims that,”[…] we are not condemned to the binary opposition between the individual and the society, to a choice between individualism and holism (organicism). In fact, they constitute reciprocal parts, or rather dimensions of a systematic unity.” (page 4). I am curious about the potential for reciprocity and new forms of collaboration in new times. In my own interest and seeking out of alternative structures for making I am often at a pause for how to proceed, to move forward in new ways that are not mirroring old models of directorship, collaboration and collective practices that ask for a removal of the self. Perhaps there is somethign to be further mined in Sharon Smith stating (in her Skyped in discussion from Berlin at the event), “We (Gobsquad) are not interested in community. We just work together”.

I wonder, both in yesterday’s event structure and future ones, where there might be explored modes of working together within individual and collaborative desires. Could the event addresses collaboration and questions notions of authorship in the curiosity between “we” and “I” prompt new strategies of being together? By mid-day I felt that the event structure that mimicked traditional conference structures of speakers on one side, audience on the other; of individual artists and collectives speaking, mainly, to their own agendas leaves a feeling of isolation with only some suggestions of cross-over desires, interests and collective thinking. To achieve that in such formats very, very skilled moderators need to be engaged who can make links and bridges between such individual approaches and talks. In that way, too, we might have reached- through collaboration-more connections to the promised link to current European dynamics. There was a lot of debate on if Berlin is the place to be or not for artists but, that alone, is not fulfilling a much more urgent need of how do we work together across such cities? And, especially here in the UK, how do we collaborate with our European colleagues in the current split of identities and political agendas. I look forward to more opportunities for thought.