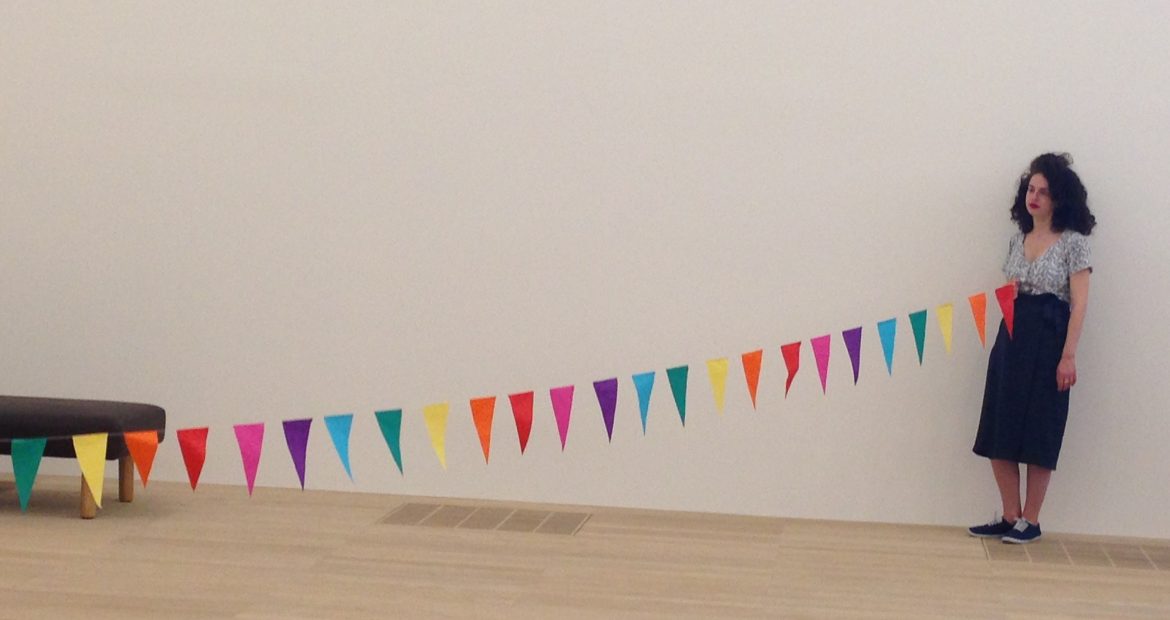 “The Place of Performance in the Museum” Conference at TATE Modern

Last night I attended “The Place of Performance in the Museum” conference in the lovely East Room of  Tate Britain. Gathering curators, dance and performance enthusiasts and artists from the UK and across Europe (and riding on the tails of the opening of the new Tate), this event addressed ever circulating questions about the position of performance in the museum. The speakers included: Annie Fletcher (Chief Curator, Van Abbemuseum; Ana Janevski (Associate Curator, Department of Media and Performance, MoMA; Cally Spooner (Artist); Catherine Wood (Senior Curator, International Art & Performance, Tate); Jonah Westerman (AHRC Postdoctoral Research Associate, Tate); and Tarek Atoui (Artist).

I was particularly moved by Annie Fletcher‘s discussion of how performance works within the infrastructure of the van Abbe museum (and where my project Punt.Point was commissioned and installed in 2014 until 2017). She talked about an “expanded sense of relationships” that performance brings to the museum and how it operates in “constructing subjectivities in architecture”. She concluded by mentioning the museum’s porous approach between performance and the institution. In my experience, of working at the van Abbe as a dance artist it is the allowance, openness, willingness to take risk, interest in play, conceptual rigour and support that they offered me and my colleague, architect Rennie Tang, in the chance to move beyond superficial modes of presentation or, as someone put it last night, “a side show” or “a way to look at the objects” when it comes to performance.

I was somewhat troubled by Pablo Brontstein‘s comment (as part of the audience) in regards to his interest in the pictorial which, as he stated, trumped any interest he has in the experience or collaborative nature of his dancers. He also suggested that the well fare of his dancers was their business as paid workers. This statement was followed by a discussion about the different avenues – solo studio visual art practice and collaborative, social practice of dance –  and those processes affects on the kinds of performances made. This prompted my own more recent interest in the way that choreographic practice is changing as it re-enters the museum and how those shifts say something about our (dance artists) relationship to dance’s past as well as our concern, or lack there of, for its future.

I kept wondering, too, about this over arching title of “performance” that keeps hanging around. At one point, I think it was Cally Spooner who, suggested that “performance” may not, indeed, be the right word. I saw Catherine Wood nodding in potential agreement. As a dance artist who has performed, lectured, researched and participated in several performance projects with museums I do wonder why the word “dance” or “choreography” is not included more in the discourse at this particular moment. I also wondered by the very nature of dancing, moving through space, crafting choreographies and inventing movement languages may be left at the door of the museum in place of more stagnant, still, somewhat dead-like actions of the body.

There was also quite some time dedicated to archive and acquisition. Ana Janevski shared on the new purchase that MoMA has made of Simone Forti‘s Dance Constructions. Forti has included videos and written instructions on how these works should be reconstructed. I wonder how the dancers who will teach these works will be engaged by the museum. It was mentioned that, perhaps, such attempts to make dance accessible into the future is also a “contamination of the dance world”. Might it be taking something away from the dancers who carry these dances in their bodies and be putting dance in hands of people not necessarily trained in the kinds of transmitting, body-to-body transfer knowledge that dancers hold? Or as Jonah Westerman aptly put may this collecting of dance be a result of the museum and of dance(?) caught in the “struggle of the tyranny of the original”?